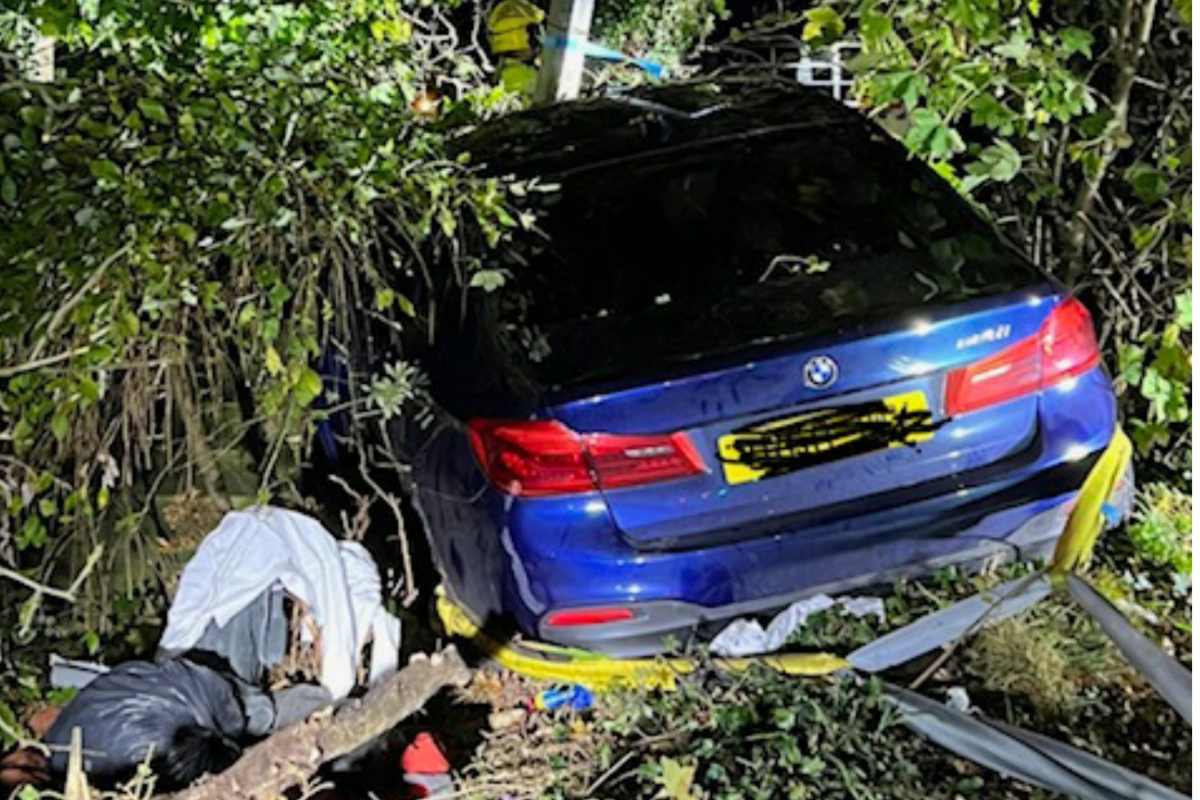 A man from Bolton was arrested after a car crashed into a lamp post in Lancashire last night, Saturday.

The 26-year-old was arrested on suspicion of driving under the influence of drugs or alcohol in Billington, in the Ribble Valley.

Police say the man crashed the car into a lamp post before his vehicle became stuck among a nearby tree.

The man initially walked away before being arrested, officers said.

He is now awaiting questioning in Preston.

Sharing a picture of the car, a spokesperson for Ribble Valley Police said: “At 11 o’clock last night a 26-year-old male from Bolton was arrested for driving whilst unfit through drink or drugs in Billington.

“The below image is a testament to just how much protection modern cars can offer us.

“You will notice a lamp post at the front of the vehicle, this was transported around 30 feet from its original location and deposited in this tree.

“The driver walked away!! That is until we took him away. He is now awaiting interview in Preston Custody.”