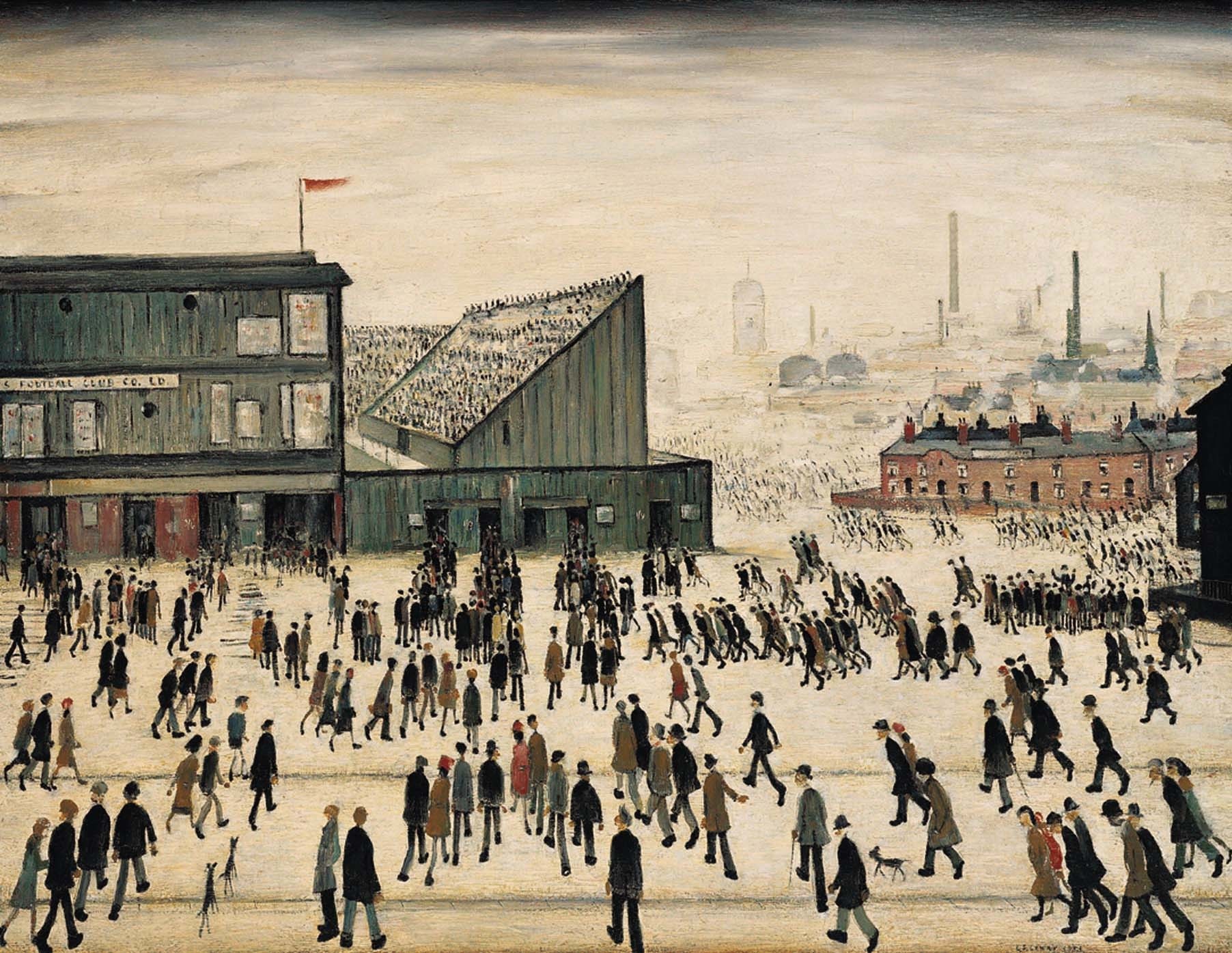 LS Lowry’s painting Going To The Match has sold at auction for a record-breaking £6.6 million.

It was among a series of paintings that went under the hammer at Christie’s modern British and Irish art evening sale.

The buyer has since been revealed to be The Lowry, with the purchase facilitated by The Law Family Charitable Foundation.

The artwork’s sale, organised by The Players Foundation, was the subject of controversy, with the mayor of Salford, Paul Dennett, saying the new owner must keep it “free to access”.

In a statement after the sale, Julia Fawcett, chief executive of The Lowry museum and gallery, said the institution is “delighted” to have made the purchase.

“We firmly believe that this iconic artwork must remain on public view so it can continue to be seen by the broadest possible audiences for free,” she said.

“This evening, thanks to an incredibly generous gift from The Law Family Charitable Foundation, we are delighted to have purchased the painting for the city’s collection of LS Lowry works.

“We look forward to bringing it home to Salford, where it can continue to delight and attract visitors to the Andrew and Zoe Law galleries at The Lowry.

“A great deal of work has been needed to make this intervention possible. I’d like to thank Andrew and Zoe Law, our chair Sir Rod Aldridge, Salford’s city mayor Paul Dennett and our trustees for all of their support.”

The sale of the artwork, organised by The Players Foundation, has been the subject of controversy previously, with the Mayor of Salford, Paul Dennett, saying the new owner of the painting must keep it “free to access”.

The total sum is a new record price for a work by Lowry sold at auction.

Mr Dennett previously told the PA news agency that keeping the work in an art gallery free of charge would become “all the more important” in the current economic climate.

“The cost-of-living crisis has really highlighted how difficult things that many people might take for granted these days, so being able to go to an art gallery free of charge is going to become all the more important,” he told PA.

The mayor added that he would ideally want the painting to be in public ownership but it would also be great to see “members of the football community or someone from the Greater Manchester area” purchase the piece and make sure it is “publicly available and free to access”.

But Julia Fawcett, chief executive of the Lowry museum and gallery, told PA that the gallery was not in a position to buy the painting, which had been estimated to fetch up to £8 million.

In 1999, Going To The Match was bought by the Professional Footballers’ Association (PFA) for £1,926,500 including buyer’s premium at Sotheby’s – setting a record price at auction for a Lowry and any modern British painting.

The Players Foundation was formerly the charitable arm of the PFA but is now legally and operationally a completely separate organisation.