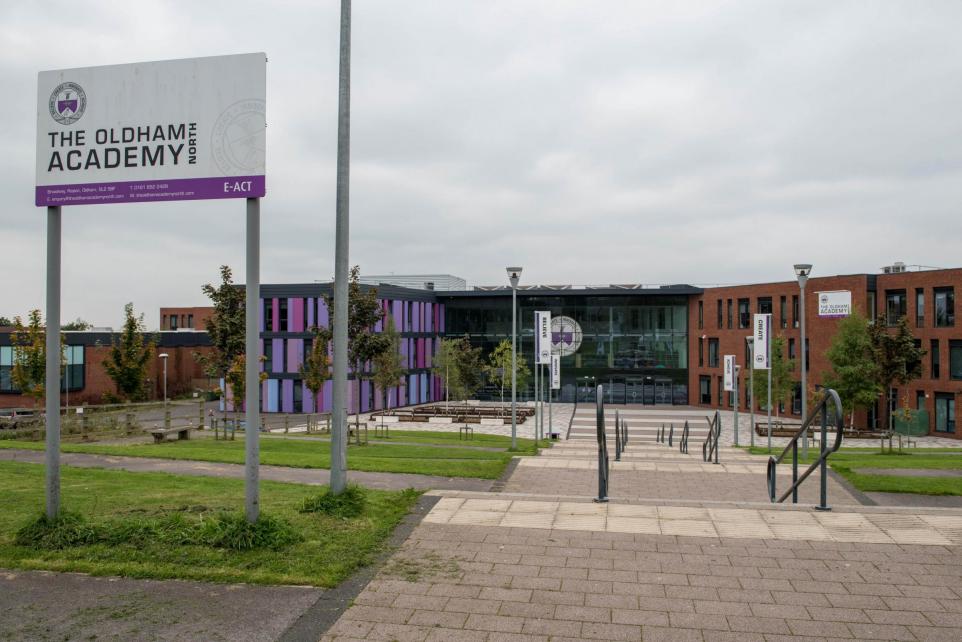 The headteacher of an Oldham academy has been accused of mocking ‘chavs’, posting racial comments and calling a pupil ‘Jabba the sl*t’ in a string of now-deleted tweets that were widely circulated online.

Rachael Hallam heads up Oldham Academy North and has been accused of posting a series of offensive tweets prior to working at the school but when she was a teacher elsewhere.

The trust which runs the school has confirmed it is aware of the allegations, takes “any allegation of discrimination seriously” and is reviewing them.

The inappropriate comments in which Ms Hallam appears to have mocked ‘chavs’, called someone a ‘massive s**g’ and referred to a pupil as ‘Jabba the sl*t’, were made between 2011 and 2012.

The tweets and Ms Hallam’s account were deleted last week when the allegations spread on social media.

But screenshots of the tweets remain and have been shared widely across TikTok and Facebook.

The post read: “We can throw things at the chav, a classic example of having no GCSEs.”

Another post revealed she used to call a female pupil ‘Jabba the sl*t’ when she was a teacher.

Responding to a separate post by Jameela Jamil in which the celebrity said “Jabba the sl*t” was the “best name I’ve heard”, Ms Hallam said: “We used to call a girl at school this. I’m the teacher.”

Meanwhile, other comments show Ms Hallam referring to someone as a “s**g, a massive s**g” while two separate posts comment on race.

Ms Hallam also tweeted in response to someone else: “But Dale, you are black.”

The context in which these tweets were posted can no longer be seen now that the thread of conversation has been deleted.

However, the TikTok account that shared the tweets said teachers need to be aware of their “digital footprint”.

A spokesperson for E-ACT said: “We are aware of allegations relating to historical social media activity by a member of staff at one of our academies, prior to their employment with us.

“We take any allegation of discrimination seriously.

“We are reviewing the material that has come to our attention and will handle this through our usual internal processes.”

How did Doug Wong die ? Cause of death Explored

How did coach Mario Ortiz die? Know more about his death

How did Hudson Lindow die? What happened to University of Idaho student

How did Doug Wong die ? Cause of death Explored

How did coach Mario Ortiz die? Know more about his death

How did Hudson Lindow die? What happened to University of Idaho student